A gluten-free, protein-packed, low FODMAP superfood substitute for rice, quinoa is easy to make in the Instant Pot. This simple method of cooking quinoa in the Instant Pot will ensure your quinoa comes out light and fluffy as well as maximize its flavor.

Not to sound like a broken record, I've shifted my recipe development focus to include foods that are high sources of protein. One high protein food source I've been including more in my life is quinoa.

The quinoa (pronounced keen-wah) that we eat is the seed from a flowering plant called goosefoot first grown in South America but now cultivated in several countries. Originally used to feed livestock, quinoa has been eaten by humans for thousands of years. Although it is technically a seed, quinoa is often classified as a "whole grain" or "ancient grain" and consumed as such. In addition to being consumed as a grain such as one would consume rice or bulgur, quinoa is also made into quinoa flour (which I use in my Low FODMAP Air Fryer Fish and Chips recipe) and quinoa flakes, which are prepared similarly to rolled oats. It's also used as a replacement for meat in some plant-based recipes.

Monash University has tested all three colors of quinoa - red, white, and black - for FODMAP content and lists a recommended serving size as 1 cup (or 155 grams) of cooked quinoa. There are subtle but not drastic differences in flavor between the three colors. Some say cooking times my slightly differ between the three, but I haven't found that to be the case. I've also tested this recipe with rainbow or tri-color quinoa, which is a mixture of the three colors, and find it turns out the same as white quinoa.

What are the health benefits of quinoa?

Quinoa is often labeled a "superfood," meaning it is extremely nutrient dense. Other examples of superfoods include salmon, kale, and tigernuts (which I talk about in-depth in my Tigernut Flour Pancakes recipe post). According to the incredible cookbook Quinoa 365: The Everyday Superfood, quinoa is high in the following vitamins and minerals:

In addition, as I mentioned, quinoa is high in protein and one of the few plant sources considered a complete protein, containing all nine essential amino acids that the human body cannot make on its own. One cup of cooked quinoa contains 8 grams of protein. Quinoa is also an excellent source of fiber and naturally gluten-free.

Why make quinoa in the Instant Pot?

What can this Low FODMAP Instant Pot Quinoa be used for?

This Low FODMAP Instant Pot Quinoa can also be used to make breakfast porridge or added to salads. You can also get really creative with it and make it into plant-based burgers, use it as taco "meat," blend it into a dough in the food processor for cake, and other dishes. I don't have many quinoa recipes on the blog yet, but I definitely plan on developing more in the future, so subscribe to be notified by email once these quinoa recipes hit the blog!

Pretty simple stuff. The equipment I use to make this Low FODMAP Instant Pot Quinoa includes:

There's not much to cooking quinoa. The ingredients are as follows:

First, I measure 1 cup of quinoa and pour it into a fine mesh sieve / strainer. Then, I rinse it under the kitchen faucet with water until well rinsed and allow it to drain in the sink or over a bowl.

Optionally, while the quinoa is draining, I hit sauté on the Instant Pot. Once the display reads "Hot," I add ghee, olive oil or garlic-infused olive oil and swirl the pot until it is coated in melted ghee or oil. Then, I add the rinsed quinoa, being careful to watch out for oil splatter or quinoa seeds that pop up. When the rinsed quinoa hits the oil, it will sizzle loudly, and some of the seeds might pop up; therefore, be sure to steer clear for a few seconds before starting to stir the quinoa. I sauté the quinoa for 2 minutes, stirring frequently. Sautéing the quinoa is optional but highly recommended to bring out the best flavor.

Once you're done sautéing the quinoa, hit the "Cancel" button on the Instant Pot. Add water, chicken bone broth or beef broth to the pot. Use a spoon to scrape any seeds from the bottom or sides of the pot to ensure it's all resting loosely in the liquid. If you're choosing to skip the sauté step, simply add water or broth to the instant pot. Then, add the rinsed quinoa and stir.

Using broth for the liquid component brings out the best flavor in the quinoa. However, water works perfectly fine too and is more neutrally flavored. It really depends on what you're making the quinoa for. For example, if you're cooking the quinoa to make a sweet porridge recipe, using garlic-infused olive oil and chicken broth probably won't be great choices. For my Low FODMAP Chicken Shawarma Quinoa Bowls, I use garlic-infused olive oil and chicken bone broth. The flavor of the quinoa cooked with these pairs extremely well with the shawarma.

Once you've added your liquid of choice and the quinoa to the pot and stirred, close the Instant Pot lid, set the pressure release valve to "Sealing," hit the "Pressure Cook" button, and set the timer for 2 minutes. Turn off the "Keep Warm" button. It should take about 5-6 minutes for the pot to come to pressure and start the timer.

Once the cooking cycle has completed, allow the pressure to release naturally for 10 minutes. If the Instant Pot pin drops before 10 minutes are up, allow the quinoa to remain covered in the pot for the full 10 minutes. At the end of 10 minutes, if there is any remaining pressure, manually release it.

Remove the lid of the Instant Pot. Scoop the quinoa from the inner pot to a bowl and fluff with a fork. Serve with my Low FODMAP Chicken Shawarma Quinoa Bowls, in salads, as a substitute for rice, and more.

Is this really a recipe?

Sort of. It's more of a "How to" or best practices reference post with tips on how to best cook quinoa in the Instant Pot, what ingredients should be used to get the best results, etc. I put it here as I would like to refer to it when serving quinoa with other recipes.

Is quinoa Paleo or Whole30 compliant?

No. Although technically a seed, quinoa is classified as a grain or pseudo-cereal, which are not compliant with the Paleo or Whole30 programs.

What do lemons and parsley have to do with quinoa?

Nothing. I just put them in the photos to give the photos some color.

Is that you reflected in the spoon in the first photo?

Yes, it is. This happens from time to time and sometimes I do edit myself out, but I think it's kind of funny in a "Where's Waldo?" kind of way. I also think there is too much pressure to make photos 100% perfect. Things are way less interesting that way. If you find my reflection in any other photos on the blog, make sure to let me know! 😉

This simple method of cooking quinoa in the Instant Pot will ensure your quinoa comes out light and fluffy as well as maximize its flavor. Low FODMAP and gluten-free. 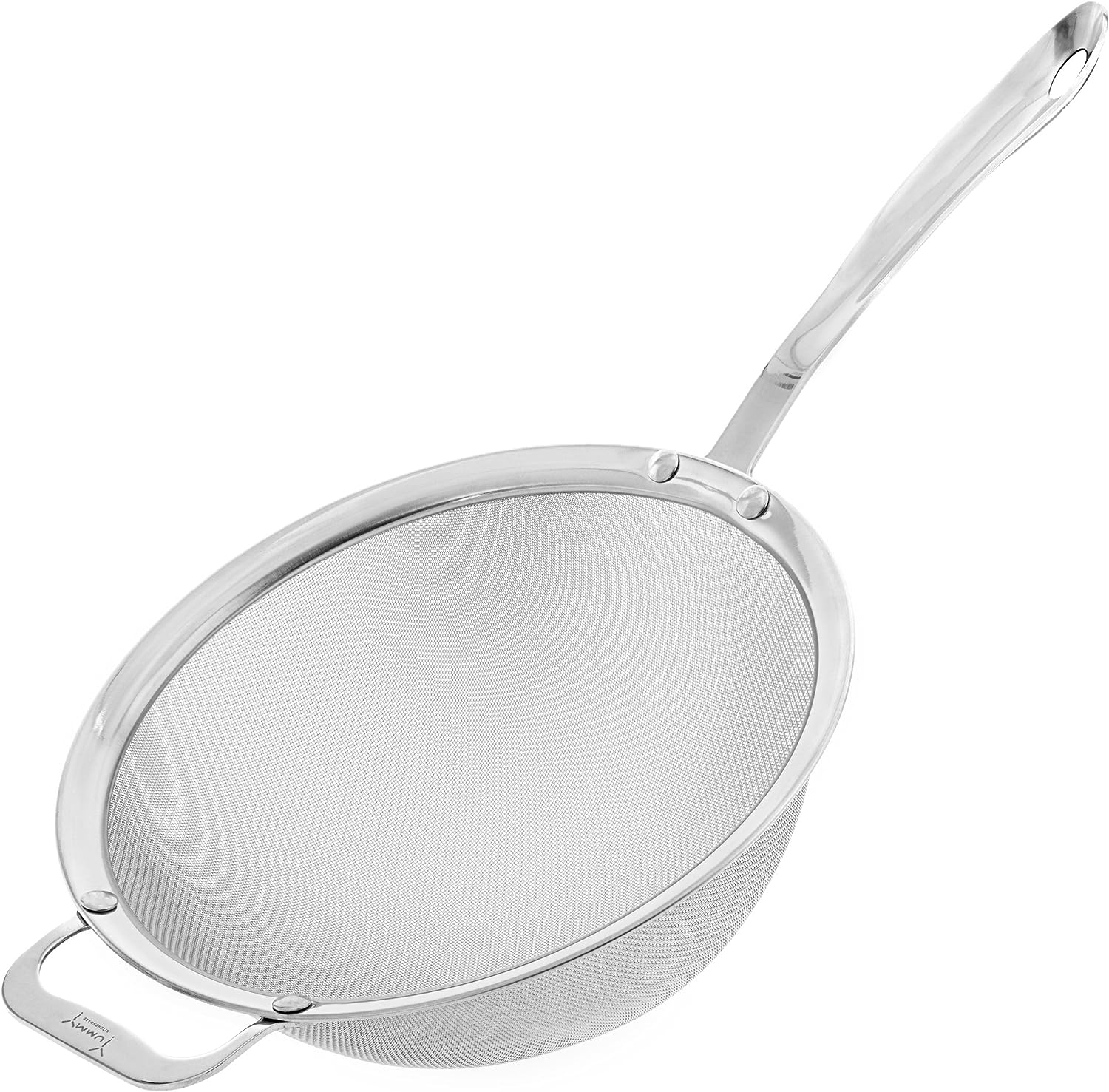 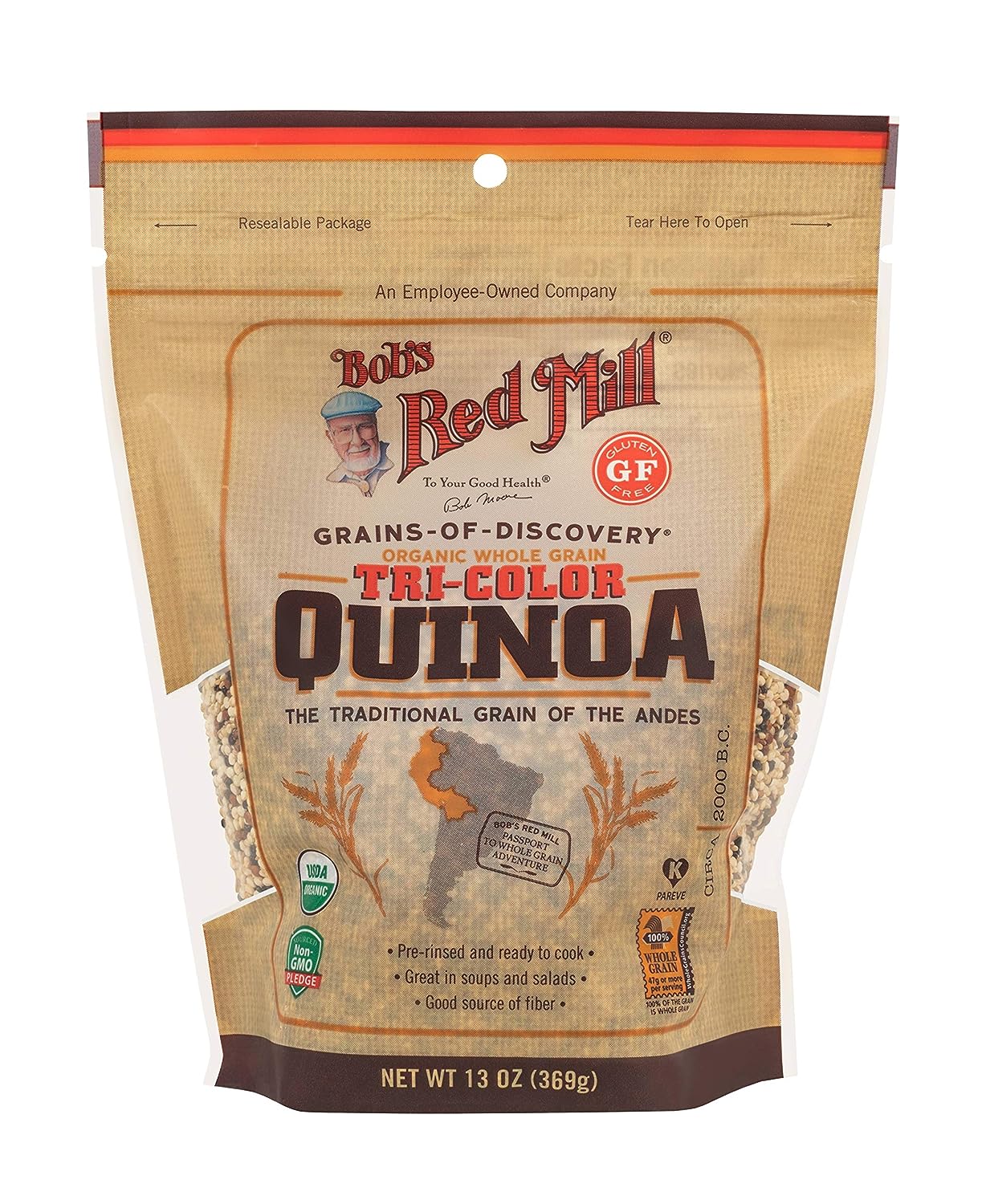