This Low FODMAP Breakfast Poutine (pronounced poo-teen) is a crowd-pleasing breakfast or brunch dish featuring a hash of roasted potatoes, bacon, eggs, and scallions coated in a rich, creamy low FODMAP hollandaise sauce. A low FODMAP breakfast variation on a classic French Canadian dish, this low FODMAP Breakfast Poutine recipe is also Paleo and Whole30 compliant and inspired by a breakfast poutine I had at a local restaurant called The Jammery, which has the best breakfast / brunch menu in the Greater Kelowna area.

What is a poutine?

A traditional poutine is a dish of fries and cheese curds covered in gravy that originated in Quebec, Canada, in the 1950's. It has become a very popular dish nationally, and you can get a poutine pretty much anywhere that serves fries in Canada.

The Jammery is a popular breakfast/brunch restaurant in Kelowna, British Columbia, that also produces and sells their own jams onsite, hence the name. Once featured on the Food Network Canada's show You Gotta Eat Here, The Jammery is now nationally renowned not only for its jams but also several of its unique dishes. These include their all-you-can-eat waffles (which is what my husband, Jeff, orders), their Bacon Cheeseburger Benny, Breakfast Paella, and more.

The first time we went there, I ordered the "Jammery Favourite," which included (among other choices) a ½ waffle with their famous jam, sausage links, and hash browns. There was an option to upgrade the hash browns to a breakfast poutine. Intrigued, I opted for the upgrade.

Let me tell you - I've never been so glad to upgrade my potatoes to a poutine in my life. These upgrade opportunities are plentiful here in Canada, but this breakfast poutine was something else. It was the prefect accompaniment to scrambled eggs and was so rich and delicious, with the lightest, featheriness hollandaise sauce I've ever eaten. Although I tried, in vain, to get the secret ingredients to their hollandaise from our server, and I definitely haven't achieved the same lightness to my low FODMAP hollandaise, it's still really delicious and easy to make. The waffle and jam were also to die for - definitely the best waffle I've ever had - incredibly light and flaky and paired perfectly with jam and whip cream.

The breakfast poutine was so fantastic, I recreated my low FODMAP conception of the recipe the very same day, which rarely happens. While it could be eaten as a main dish, I think it works better as a side dish to scrambled or poached eggs.

I've included instructions on how to make the potato component of this low FODMAP breakfast poutine in the air fryer or the oven. I prefer the air fryer as the potatoes come out perfectly cooked and don't sit in their own oil as they do in the oven; however, I realize that not everyone has an air fryer, but this breakfast poutine is so incredibly delicious that I didn't want anyone to miss out simply due to a lack of a small appliance. The oven roasted potatoes still turn out an amazing-tasting breakfast poutine.

Hollandaise is a mother sauce of French cuisine, made from an emulsion of eggs, butter, lemon juice, and simple seasonings. In North America, it is popularly eaten on eggs benedict. Here, we're using it as the "gravy" component for our breakfast poutine, but this recipe can be used for eggs bennies as well.

Please note: Because the eggs in hollandaise sauce are not fully cooked, there is a small risk of food poisoning when eating any hollandaise sauce. This risk is greater for young children, the elderly, pregnant women, and immune compromised individuals. Consult your doctor or dietician with concerns about these risks before making this recipe.

Also, as hollandaise contains lots of ghee (a.k.a. clarified butter) or butter, while it doesn't contain FODMAPs, it is high in fat, which can be an additional symptom trigger for some people with IBS. The addition of bacon, while also FODMAP-free, further exacerbates the fat content.

The equipment I use to make this low FODMAP breakfast poutine includes:

To start, I preheat my air fryer at 400°F for 10 minutes or preheat my oven at 425°F. As I mentioned, the air fryer is the preferred appliance for me as the potatoes turn out so perfectly, but oven instructions are here just in case.

Next, I prepare 2 pounds of red potatoes, scrubbing them clean and chopping them into ½-inch pieces. I put them in a large bowl, add garlic-infused olive oil, and toss them with my hands to coat them in oil. Then, I add salt and pepper and toss them again until they're evenly coated in seasoning.

If using the air fryer, once it's preheated, I spray it with avocado oil cooking spray, but you can use whatever cooking spray you desire. I pour the potatoes into the air fryer and cook them for 21 minutes, tossing the basket every 7 minutes. Once cooked, I add the potatoes to a fresh, large mixing bowl, and cover the bowl with a plate to keep warm.

If using the oven, once preheated, I spread out the potatoes onto a baking sheet in one layer. I bake them for 25-30 minutes or until they are tender and brown around the edges, flipping them with a large spatula half way through. Once roasted, I add them to a fresh, large mixing bowl, and cover the bowl with a plate to keep them warm.

The remaining hash ingredients consist of

I first fry the bacon in a large skillet on medium low heat until crisp, about 7-8 minutes. Using tongs, I remove the bacon to a plate covered in paper towels to drain. Once drained and cool enough to handle, I chop the bacon into small, ½-inch pieces and add it to the mixing bowl with the potatoes. I replace the cover to keep the contents warm.

While the bacon is cooking, I separate the egg whites from the yolks, putting the whites in a small bowl and the yolks in a wide mouthed jar or cup. Setting aside the jar or cup for now, I add salt and pepper to the egg whites and whisk until beaten.

After removing the bacon from the skillet, I drain the fat from the skillet but do not wipe it clean, keeping a small amount of bacon fat on the surface of the skillet. I place the skillet back on the stovetop on medium heat and add the beaten egg whites, scrambling them into small pieces until cooked, about 1-2 minutes. I then remove the egg whites from the skillet into the large mixing bowl with the potatoes and bacon and replace the cover to keep them warm.

To prepare the low FODMAP hollandaise, I first add chicken broth, lemon juice, salt, and cayenne pepper (if using it) to the jar or cup containing the reserved egg yolks. Then, in a heat-resistant measuring cup, I heat up ½ cup of ghee in the microwave for 1 minute. Using an immersion blender, I blend the contents of the jar for about 15 seconds. Then, while blending on low constantly, I add the ghee very slowly in a steady stream until all the ghee has been added, moving the blender up and down every few seconds to ensure everything is being blended. I remove the blender, taste the hollandaise and adjust the seasonings as needed.

Putting It All Together

Lastly, I return to the mixing bowl containing the potatoes, bacon, and egg whites. I add the chopped scallions and toss the contents of the bowl to mix. I serve the potato hash topped with hollandaise sauce alongside scrambled or poached eggs. 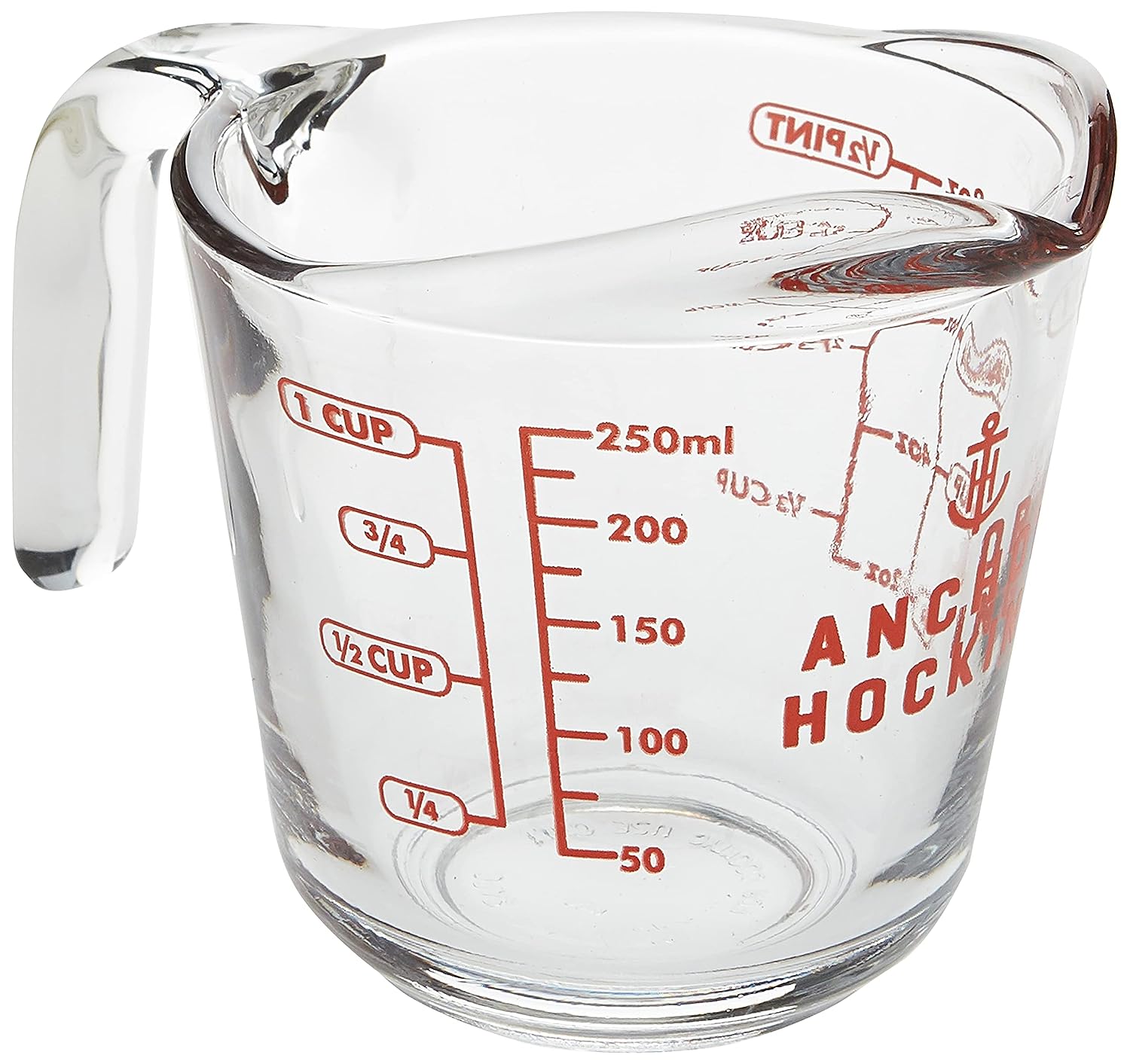