Easily and deliciously season fish, crab, shrimp, and more with this low FODMAP seafood seasoning! Inspired by the classic Old Bay Seasoning marketed by McCormick, this low FODMAP version is similar (but not an exact copycat) in taste, quick to make in an electric spice grinder, and IBS-friendly. It's also naturally Paleo, Whole30, low carb, and Keto.

What is Old Bay Seasoning?

As mentioned, Old Bay Seasoning is a seasoning mix commercially marketed by McCormick Company. According to Wikipedia, Old Bay Seasoning was originally created in the late 1930's by Baltimore Spice Company. It is named after a passenger ship called the "Old Bay Line" that traversed the Chesapeake Bay in the early 1900's.

Old Bay Seasoning was originally developed to be used on crab and shrimp but is used to season a variety of food items - from chicken to popcorn, to potato salad, and more. McCormick now markets a few variations on the classic Old Bay Seasoning - hot and blackened - as well as products that feature Old Bay in their ingredients, such as cocktail sauce.

Additionally, McCormick doesn't publicly disclose every single ingredient that Old Bay contains. The Old Bay website only lists the following ingredients of its classic Old Bay Seasoning as "Celery Salt (Salt, Celery Seed), Spices (Including Red Pepper and Black Pepper), and Paprika." When it comes to low FODMAP cooking, "Spices" listed as an ingredient on anything is a big red flag as it could contain high FODMAP ingredients. Other ingredients of the original Old Bay, as listed in the Baltimore Museum of Industry, include mustard, cardamom, cloves, ginger, and laurel leaves (a.k.a. bay leaves).

While I haven't personally approached McCormick to ask what ingredients "Spices" contains, I thought I'd just develop my own Old Bay-inspired seasoning recipe. That way, I can be more certain the seasoning mixture includes only low FODMAP ingredients.

While this low FODMAP seafood seasoning isn't particularly spicy when put together and used on food, it does call for a high quantity of red pepper flakes. While thought to be low in FODMAPs, red pepper flakes can trigger additional symptoms for people with IBS. You could omit them, but doing that would take away a lot of the flavor that's true to the original Old Bay Seasoning.

As alluded to briefly above, this low FODMAP seafood seasoning is similar in taste but not exactly the same as Old Bay Seasoning. This is because I do not use celery salt, the primary ingredient and predominant flavor of Old Bay, for the FODMAP reasons mentioned above. Instead, I use dill seed, which I grind into a powder with the electric spic grinder. Dill seed provides a complementary flavor to celery salt that goes extremely well with seafood. It is also used as a spice on its own in things like potato salad, braised cabbage, soups, meat marinades, homemade pickles, as a seasoning for fish, and more.

Dill seed has been tested for FODMAPs by Monash University, and according to their low FODMAP Diet App, is low FODMAP in quantities of up to 1 teaspoon or 2 grams per serving. We are adding 1 tablespoon of dill seed across twenty-four ¼-teaspoon servings.

Will dried dill weed work instead?

Where can I find dill seed?

I had to look at multiple grocery stores locally to find one that sold dill seed as part of their spice aisle. Dill seed may be not as easy to find as other more common spices. Locally (in BC), I found it at Real Canadian Superstore. If you are unable to find it at a store near you, it can also be purchased on Amazon.

In addition to dill seed, I add the following ingredients to my electric spice grinder:

I grind the spices in 30 second increments until the mixture is a fine powder, shaking the spice grinder occasionally to bring down the spices that settle on the lid and the sides. The biggest challenge is to get the bay leaves to grind down. If you still have larger pieces of bay leaf in the mixture, keep grinding until they are super small.

Once ground, I pour the low FODMAP seafood seasoning mixture into an airtight container, such as a small glass jar. It should stay fresh as long the spices in which it contains stay fresh.

What can I use this low FODMAP seafood seasoning for?

You can use this low FODMAP seafood seasoning to season fish, crab (like in my upcoming Low FODMAP Air Fryer Crab Cakes recipe), shrimp, or chicken. Although I haven't personally tried it, I have heard that people sometimes use Old Bay Seasoning on French fries, popcorn, hard boiled eggs, and more. 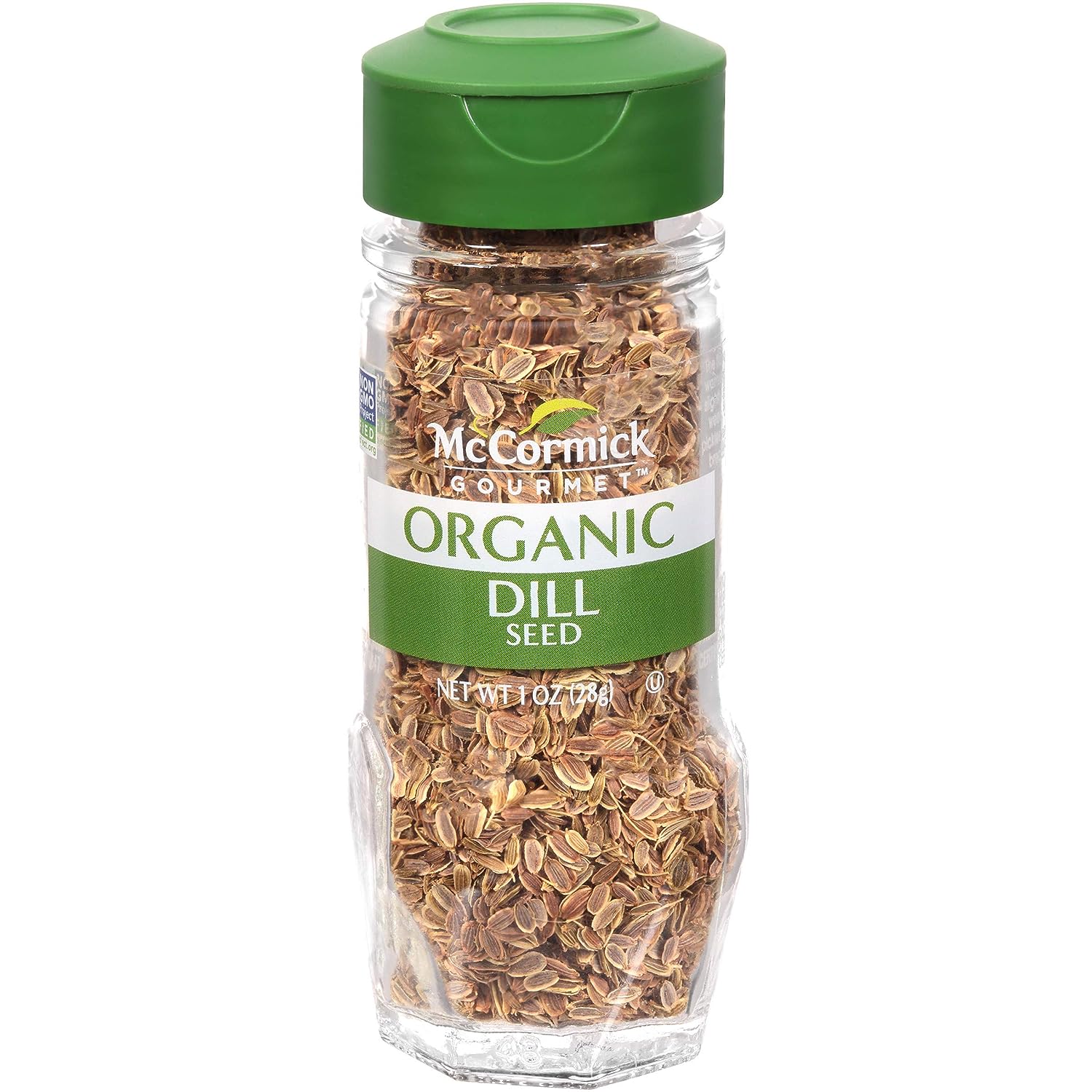